NPR Music
Described as "A name you'll want to remember" by the San Francisco Bay Guardian, Anna Elizabeth Laube makes intimate, heartfelt songs rooted in traditional Americana. With a strong voice reminiscent of Neko Case or Jenny Lewis, Laube sings with a slight but refreshing country twang over a mix of blues, country and folk.

Todd Lavoie - San Francisco Bay Guardian
Sure, it's mighty fine to have that warm, tingly feeling rippling up and down your spine as you discover your newest favorite song by an artist to whom you would hand over the keys to your heart, but let's fess up: nothing comes close to being frozen in place by a song that pricks up your ears and leaves you begging, "Who was that?!" I'm lucky enough to still feel my head swimming from such a moment. "Something I Can Feel," from the recent debut release by Anna Elizabeth Laube, Outta My Head (Ginkgo Records), lured me from the grayness of my computer and whisked me off to better, brighter places. Fans of Jolie Holland, Dolly Parton, and Sarah Harmer, take note: this local singer-songwriter has a name you'll want to remember.

Alan Harrison - No Depression
As with all of the best singer-songwriters Ms. Laube can tell a magnificent story with the subtlety of the finest poets, as is best captured in the title track Tree. I’m a man of ‘a certain age’ but can still remember what it felt like to be in the first flush of love; and Anna captures that magical time so well on All My Runnin’ which features some gut wrenching pedal-steel from Dan Tyack; and on I Miss You So Much; the soft Alt. Country vibe is augmented by haunting harmonies and a maudlin harmonica intro and outro. There is another interesting cover version tucked away in the middle; even though I’ve never heard the original! Anna Elizabeth has turned Beyonce’s pop hit XO into a very brittle love song; worthy of Joni Mitchell circa Blue. Full review.

Fred Deller – Mojo Magazine – Third album from an Americana trailblazer – ★★★★
Sometimes I browse through old copies of Sing Out, recalling the era when folk merged into pop and the world seemed populated by songs written at campfire get-togethers to provide a new era of American standards. Anna Elizabeth Laube's music seems to have been inspired by those same pages. A singer, songwriter and multi-instrumentalist who's travelled from Iowa to California, via Wisconsin, Texas, Hawaii and Belgium, where she studied oboe, Laube's voice offers innocent allure on such ear-friendly material as "Already There" and "Oh My! (Oh Me Oh Me Oh My)," though she can handle sharp-as-a-tack blues like "You Ain't Worth My Time Anymore," which sweeps ever-forward as it rides an organ wail, with Laube playing great mouth harp. Country, folk and jazz are all in the mix–Laube recycles the whole Americana genre in a refreshing and impressive manner.

By Scott Gordon
Judging by new songs like "Hippie Boyfriend," Laube's still paying attention to the traditions of acoustic folk, but doesn't mind bringing the light-'n'-playful side. 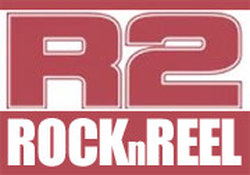 Bryony Hegarty – Rock 'n Reel Magazine – ★★★★
​A few years ago, following a bout of intense touring and recording, Anna Elizabeth Laube found herself completely burned out. In a bid to redress the balance, she undertook silent retreats and meditation. Her self-titled new album is a collection of fresh, funny, and confessional recordings in the spirit of mindfulness and affirmation: original tunes, reworkings, and a cover of 'Satisfied Mind' that passes the bar gracefully high.